About Batman: Death in the Family:

Anchoring the compilation of shorts is Batman: Death in the Family, WBHE’s first-ever venture into interactive storytelling that allows fans to choose where the story goes through an innovative navigation guided by the viewer’s remote control. Central to the extended-length short is an adaptation of “Batman: A Death in the Family,” the 1988 landmark DC event where fans voted by telephone to determine the story’s ending.

Inspired by characters and stories from DC’s robust portfolio, the 2019-2020 series of shorts – which have been individually included on DC Universe Movies releases since Summer 2019 – include Sgt. Rock, Adam Strange, Death and The Phantom Stranger

Produced, directed and written by Brandon Vietti, Batman: Death in the Family offers an inventive take on the long-demanded story. In the new animated presentation, the infamous murder of Batman protégé Jason Todd will be undone, and the destinies of Batman, Robin and The Joker will play out in shocking new ways as viewers make multiple choices to control the story. And while Batman: Under the Red Hood provides a baseline, the story also branches in new directions and features several characters previously unseen in the original film. Bruce Greenwood (The Resident, Star Trek, iRobot), Vincent Martella (Phineas and Ferb) and John DiMaggio (Futurama, Adventure Time) reprise their Batman: Under The Red Hood roles of Batman, young Jason Todd and The Joker, respectively. Other featured voices are Zehra Fazal (Young Justice) as Talia al Ghul and Gary Cole (Veep) as Two-Face and James Gordon. 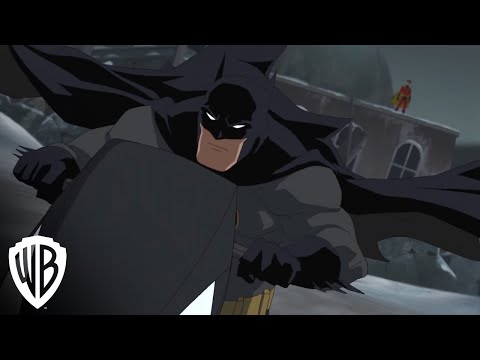